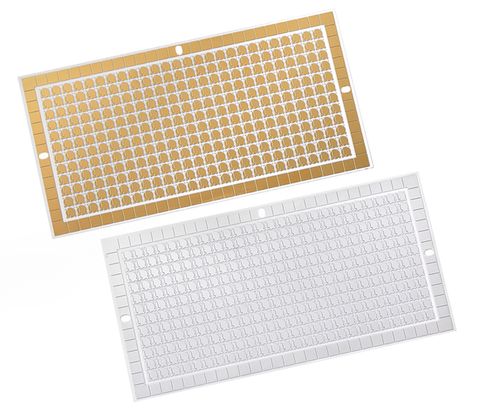 The manufacture of boards using thin-film technology has today become very widespread in the production of micro- and nanoelectronics.

After the deposition of the main functional layer, if its thickness is not sufficient for the final product, its galvanic build-up of the material is carried out.

The last stage is the application of a finishing coating to protect the metallization surface from oxidation, preserving the solderability of giving the finished product a marketable appearance. 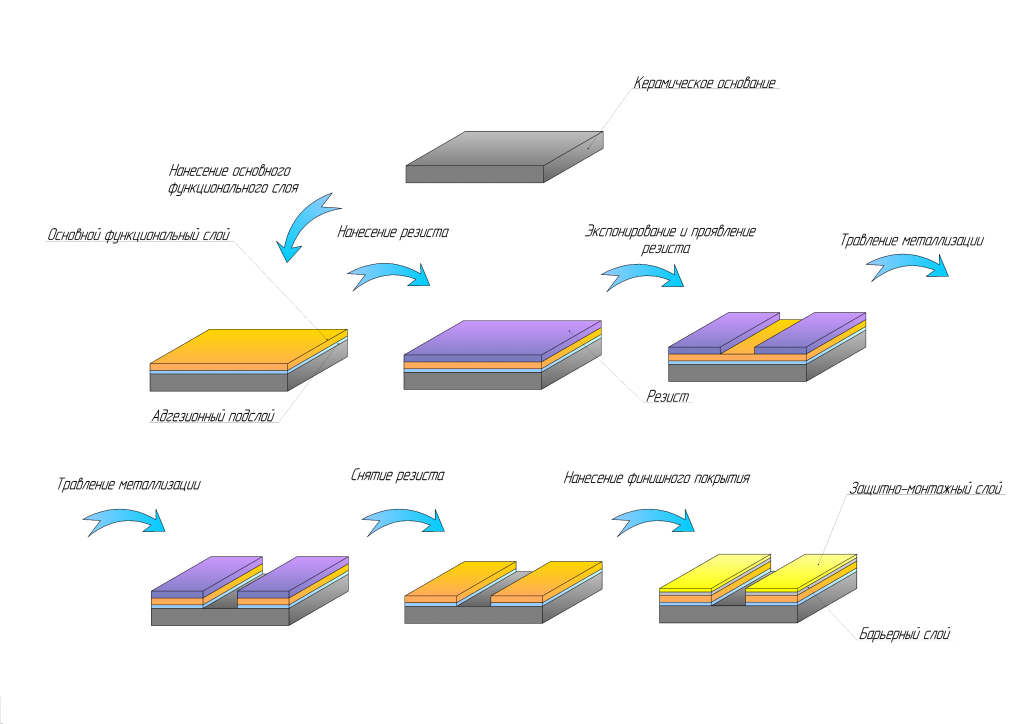 1. Formation of a film of the required material on a ceramic substrate (the coating can be single-layer or multi-layer). Most often, a two-layer coating is formed - a thin film of the adhesive sublayer and a film of the main functional layer;

2. Applying photoresist to the formed layer;

3. Exposure and manifestation of photoresist;

5. Removing the photoresist from the surface of the board;

6. Application of the finishing coating.

Thanks to thin-film technology, it became possible to manufacture thin-film active and passive elements, which made it possible to reduce the dimensions of the final electronics products and increase their performance.

Conductive materials are used to form the topology. The most commonly used: Cu, Al. Thanks to thin-film technology, it is possible to form optically transparent conductive ITO (In-SnOxide) films.

Active and passive elements are formed from various dielectric and conductive materials.

Metals, metal alloys and organic compounds can be used as finishing materials. The most widely used coatings are chemical nickel-immersion gold, immersion silver, immersion tin, electroplating and others.

Depending on the required accuracy, the conductor-gap distance, the type of resistor and the method of lithography are selected. The most commonly used are photoresists and the photolithography process.